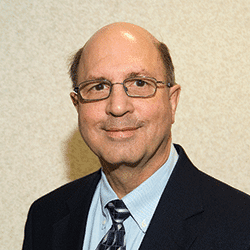 About the Author – This “Health Update” was written by J. Kenneth Brubaker, M.D., C.M.D., medical director at Masonic Village at Elizabethtown.

Depression is a very common medical problem among older adults, and is often broken down into two categories: major depression and minor depression. In all cases of depression, a person will experience a depressed mood and/or loss of interest or pleasure.

Depression can develop as a result of an underactive thyroid or low B-12 levels. Thyroid and B-12 deficiencies are commonly diagnosed in the older adult population. In addition, medications can also contribute to suppressing the thyroid gland which causes hypothyroidism. Two commonly used medications, lithium and amiodarone, are some of the worst offenders for suppressing the production of the thyroid hormone levothyroxine.

Grief is a common experience among all ages, but it is especially common among older adults as they experience the loss of friends, spouses and other extended family members. Grief may present like a depression but shouldn’t last beyond six to 12 months. While grief is commonly associated with symptoms of depression, a grieving person usually does not experience the common signs and symptoms that are observed with a depressed mood, namely loss of interest or pleasure.

Treatment
Treatment of depression is very important since depression usually affects one’s quality of life. Some people prefer working closely with a psychologist without the use of antidepressant medications, while others prefer taking antidepressants with or without therapy. Psychotherapy, combined with an antidepressant, has been associated with a longer period of remission after recovery from the acute onset of depression.

One of the most difficult decisions is determining when treatment for depression can be discontinued. For younger people with a depression, the length of treatment is usually six to 12 months with subsequent slow reduction of the antidepressant medication. Treatment of older adults is much more complicated. Over the past 10 years, there have been several side effects associated with antidepressants which impact patient safety. Two reported adverse effects are gastrointestinal bleeds and increased falls.

Despite these concerns, depression is very treatable. The sooner an older adult and/or his/her physician recognize the signs and symptoms of depression, the quicker it can be treated successfully.