For Frank Stoltzfus, agricultural production supervisor at Masonic Village at Elizabethtown for more than 30 years, caring for others (both people and animals) is a big part of his life.

This summer, Frank embarked on a two-month missionary trip to Zambia, Africa, with his wife and two missionary friends. This trip to Africa was not the first for him, but rather, his sixth.

Since 2006, Frank has traveled to Zambia three times and Malawi, Africa, three times — making an effort to go on at least one mission trip every few years.

“My wife and I have a heart to serve, and when our friends, who are missionaries, need help with projects, we try to help them in whatever way we can,” Frank said.

During his most recent trip to Zambia, Frank assisted and managed the work of Zambians as they renovated an old warehouse into apartments at the Zambian Christian University, which is being developed. These apartments will give the university the opportunity to host and house lecturers for its students.

“My job was to find work for other people,” Frank said. “Everything we did was by hand since there were no tools or equipment.”

With few Zambians obtaining a basic education and the scarcity of work in Africa, supplying an outlet for these opportunities was especially fulfilling for Frank, as he knew his efforts would better many lives.

After every mission trip, Frank realizes the vast differences in life between Africa and the United States, which has opened his eyes to the unique aspects of other cultures and taught him new lessons. One life-changing concept Frank has embraced is that happiness is not rooted in what we have.

“We have too much stuff that we don’t need,” Frank said. “The Zambians get by with so little, such as no electricity and no indoor water, but they are so happy. Yet, sometimes we have so much and are unhappy. My wife and I have learned to give the things we do not need in our lives to those who do need it.”

Frank has passed down to his children his passion for giving, and in return, his children’s generosity has inspired him. His son was the first in the family to go on a mission trip when he traveled to Benin, Africa, for several months in the 90s, and Frank’s daughter, her husband and three children will soon be leaving for a three-year education missionary assignment in Liberia.

“Liberia went through a civil war about 20 years ago, and since then, there has been no public education,” Frank said. “There is a whole generation of people in Liberia who have not been educated, and it is causing some real issues for them.”

During their assignment, Frank’s daughter and her husband will help Liberian people break free from the cycle of extreme poverty that the war left behind, by sharing the power of education and knowledge.

While Frank has no set plans for an upcoming mission trip, once he and his wife retire, they plan to continue living a life of simplicity and will fill their free time with more frequent mission trips. Frank considers himself more project-oriented than a teacher, but he is open to the idea of traveling to help his daughter and her family with projects during their assignment, if the need presents itself. Liberia may make number seven on Frank’s list of mission trips, and he is proud to have been a part of each and every one. 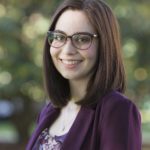 About the author: Molly Foster, a senior from Shippensburg University, is a public relations associate at Masonic Villages.