Ten years ago, David and Denise Koch decided they wanted to move from their 11-acre farm in New Tripoli, Pa., a decision based on common factors among seniors, like wanting a more simplified lifestyle and not wanting to be a burden on family members. After a long period of planning, deciding and downsizing, they made it to their new cottage at Masonic Village at Elizabethtown.

David was the first of the pair to visit campus. His brother and sister-in-law, Fred and Susan Koch, moved in four years ago. After spending time with them on on campus, David was drawn to the amenities and beautiful landscape. David and Denise looked at other senior living communities closer to home, but ultimately decided on Masonic Village.

“Here, it doesn’t have that institutionalized feel,” Denise said.

At Masonic Village, the Kochs got the bucolic, open country setting – but without the isolation or maintenance they had at their farm.

“It makes you feel like you’re in town, but not in town,” Denise said.

Over the course of their move, the Kochs worked with Kelly Eakin, director of sales and marketing, to facilitate all the details.

“Kelly was always great about getting back to us, no matter what it was. Everything went very smoothly,” Denise said.

After an auction in September to sell their house and the things they would not be taking with them, the Kochs moved into their newly built cottage in November 2017. One of their favorite features of their cottage is the two-car garage: one for their car, and the other for David to “tinker around” in.

“I never had an attached garage before,” David said. “I love my two-car garage!”

Denise works out of their home as a travel agent most days of the week, but she also likes to play mahjong. David has gotten involved in the Rooster Woodshop on campus.

“I love the social aspect – I sign up for almost everything here. I can’t wait to retire because there are some things I want to do, but can’t because I work during the day,” Denise said.

The couple also enjoys dining out at the campus restaurants and meeting new friends – people who are as satisfied with Masonic Village as they are.

“Every time we meet someone new, almost everyone says, ‘We’re not leaving!’ We have a lot in common with the people here,” Denise says.

While still in the adjustment period, the Kochs are overall satisfied with their new home. Their message to those considering the transition to Masonic Village is, “don’t hesitate!”

“It was the right time to come,” David said. 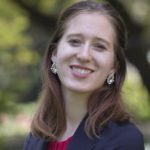 About the author: Megan Hess, a senior from Messiah College, is a public relations associate at Masonic Villages.