Of Death and Heaven

Of Death and Heaven

The torches burned long into the night in the banquet hall. Their flickering light cast grotesque shadows across the huge table. Most of the seated revelers were slumped in their places sleeping off the effects of food and grog. There were a few murmured conversations, occasional outbursts of ribald laughter. Few but the king noticed when a tiny sparrow flew in the open window, pecked at a table scrap, circled the hall several times, then winged through another open window into the remaining night. The medieval king rose, and to no one in particular, began to muse, “Our lives are like that lost sparrow. We come from the darkness of who knows where, flit through the lighted banquet hall of life snatching at morsels, then we fly out the window of death to who knows where! Who can tell me more of these things?”

The king’s questioning has occupied inquisitive minds from the beginning of time. “Whence have I come? Whither shall I go? Why?”

William Shakespeare’s Hamlet called death “the undiscovered country from whose border no traveler ever returns.” Do you ever wonder about death? What happens after you die? Is there life beyond the grave? What is heaven like?

Now there are still some people who either don’t believe in heaven or don’t care to go there even if there is one. The psychologist, Sigmund Freud, said, “heaven was a human fantasy rooted in man’s instinct for self preservation.” Harvard philosopher, Alfred North Whitehead, once asked, “Can you imagine anything more appallingly idiotic than the Christian idea of heaven?” (There’s one thing I can think of that’s far more idiotic, and that’s the philosopher that made that statement.)

The big issue is: How can one find sure answers to such questions? The best means I think would be for someone to die and return to tell us!

Scripture does records several incidents of death and resurrection. Lazarus died and was buried several day. Then Jesus brought him back to life. But Lazarus never talked about his experience The Apostle Paul was stoned in the village of Lystra. He was left for dead. But he was revived. Of his death experience all Paul said was, “I know a man caught up to the third heaven. He saw things no man can utter” And Jesus died and rose again. And he was with us forty days before he ascended. Yet he never discussed with his disciples all that lay beyond death’s veil.

Answers to questions about death and the hereafter are frustratingly difficult to find until one comes to the concluding book of the Bible. In Revelation 7:9-17, John is given a vision of heaven which he faithfully records.

“I looked,” John wrote, “and in heaven, an open door.” Through that door John walked, observing as he progressed. His Book of Revelation is his subsequent attempt to give to the world what he saw. And is of importance in answering our basic questions about death.

The first question is: “Where are the dead?” Revelation 7:9 observes, “After this I looked, and behold, a great multitude which no man could number from every nation, every tribe, and peoples and tongue, standing before the throne and before the Lamb.” See here! The dead are not in the grave! They are not lying in a cold, musty tomb! They are risen, standing among other people. In the very presence of God!

In the film, Hud, hard times have come to the West. Drought, dying cattle, a father’s sudden death, and then there is the somber funeral. An old padre tries to comfort the grieving son, saying, “He’s gone to a better place.” But the son bitterly replies, “Not unless you believe that breathing dirt is better than breathing air!”

To the naked eye death is horrid. It is the end of all — coffins, airless, decay, skeletons. But John gives us a view from the other side! And to the eye of faith that looks through heaven’s open door, death is to be transported … to live … before the throne … with the saints … always beholding him!

In Bunyan’s Pilgrim’s Progress, Mr. Hopeful is crossing the cold, raging river of death. He calls back to the frightened pilgrims on the bank who must follow after him, “Be of good cheer, my brothers. I feel the bottom and it is sound!” John’s Revelation gives us the same firm footing as we face death. It assures us that dying is not merely an exit. It is an entrance into paradise!

“Is there room for me in heaven?”I’ve been asked that question by more than one whose is dying as they roll their head on their pillow, looks me in the eye, and brood, “Preacher, has God got a place in paradise for someone like me?”

I suppose we all remember how when Jesus was born there was no room in the inn. We ourselves have made a long journey, arrived late, and found “no vacancy” signs at every motel. And deep inside, aren’t we all afraid heaven won’t have room for the likes of us?

Yet look what John saw through heaven’s open door! “A great multitude which no man can number” (Revelation 7:9). Surely this means heaven is big enough to hold all of God’s children. Jesus promised, “In my father’s house are many mansions. I go to prepare a place for you” (John 14). Hear that? “A place for you.” “Prepared.” By Jesus. He is doing all this for you right now.

A third question is: “Will we recognize each other in heaven?” An elderly once told me, “I don’t think I could enjoy heaven unless my late husband was there. Will I see him again? Will we know each other?”

John points out how the host of heaven could be identified by their nationality, tongue, tribe, and race. And this isn’t the only evidence we have. Matthew 17 records Jesus’ transfiguration in which the Lord spoke with two men dead now in heaven yet clearly recognizable — Moses and Elijah.

John 20 tells of Christ’s resurrection. His voice, his personality, his words, his face, all were recognized by his good friend Mary Magdalene. Imagine, stepping through that open door into paradise to be greeted by Grandpapa, Mother, friends. And who’s that over there? Why, it’s the Apostle Paul! And isn’t that Mr. George Frederick Handel? And there’s David, the sweet psalmist of Israel! Why, heaven’s but one glad reunion of familiar faces and names.

This is the popular notion of heaven: rest. Do we sit on clouds, adjust our haloes, and play harps? The bible says we will serve God,.” It would seem, then, that heaven is not an eternal sort of indulgence we call retirement where we are wanting everyone one to wait on us. We will be spry enough again that we will
serve him,”

When French impressionist painter Renoir lay dying, he said, “What a pity! I was just beginning to show promise.” If scripture is correct, then our promise is not ended in death, but progresses as we continue to serve with fulfilling work, as we continue to live our lives amidst a colorful community from every race, tribe, and tongue; as we fellowship without war, divorce, covenant-breaking, sickness, absences, and our general cussedness.

Yet a fifth question:”John, when you looked through heaven’s door, what did heaven look like?” John used very descriptive language in the text. God will “spread his tent over us,” a mid-eastern sign of hospitality. In his pavilion we “hunger no more,” “never again thirst,” suffer no “scorching heat,” and drink cool refreshment from the “spring of living water.”

John goes on to describe how in God’s presence there are no more tears, no more sin, no guilt, no more unfulfillment, no broken relationships, no disease, no fatigue, no crippling old age. Heaven’s architectural and artistic beauty are detailed — streets of gold, gates of pearl, incredible worship music. And right in the middle of it all — God’s throne!

Some days I come home from a trip late at night. As I round the last corner I see my house all lighted up. My key fits the lock, and I go in to find the familiar smell, my books, my chair, my music, clean clothes. All these things are fine. But what I want to see is my wife’s face. The same with heaven. The streets of gold, the pearly gates, the music, and the people — all these things are nice. But the best of it all is Jesus! And I’ll fall on his neck with joy!

Interestingly, Revelation 4:6 describes the area around God’s throne as “a sea of glass.” Like the lake surface on a perfect summer morning, in God’s presence, there is not a ripple of care, pain, doubt, worry, or sin. In short, we shall live in the Lord’s presence undisturbed forever.

A final question, the most important question of all, is: “Who is allowed into heaven?” Have you ever read “The Fisherman’s Prayer”? It goes like this:

I pray that I may live to fish
Until my dying day.
And when it comes to my last cast,
I then most humbly pray,
When in the Lord’s landing net,
And peacefully asleep,
That in His mercy
I be judged big enough to keep.
(Author unknown)

How big is a “keeper” in the Lord’s eyes? What sort of person gets into heaven? Revelation 7:9 mentions those in white robes, palm branches in hands, who praise God saying, “Salvation belongs to our God.” “Who are they?” verse 13 asks. To which verse 14 replies, “They are those who’ve washed their robes in the blood of the Lamb.” They’ve suffered for Jesus, coming through great tribulation. Now “they serve God night and day.” What a perfect description of a Christian. Their sins cleansed by Christ’s blood on the cross. Their new life lived in white-robed righteousness. Suffering, serving, worshiping.

This is not the easy-believism of today’s lukewarm church. It is the life-changing faith of Jesus Christ! Let me ask you a question. If you were to die today and stand before God and he asked, “Why should I let you into heaven?” What would you say? Would you appeal to the good life you tried to live? God would say, “That doesn’t save you!” Would you offer to buy your way in with a sum of money? God would say, “Your money is no good!” Would you tout your religion and honors and education? God would still turn you away!

The only way into God’s heaven is through Jesus Christ. For when you turn from sin and self to face Jesus, when you ask him for mercy, ask him to come into your life and fill you with his presence that you might serve him, when you begin to worship him actively, then you become a child of God. And there is room in God’s house for all his children.

“In heaven.” “An open door.” “I saw,” John wrote. In 1295 A.D. Marco Polo returned from a long sojourn in China. To his Italian friends he chronicled the adventures of the Far East. Silk! Spices! Fireworks! Pagodas! Printing presses! “You’re exaggerating!” his friends hissed. “Behold, the half of it I have not told you!” Polo said. And I can say the same to you about heaven. For you must read John’s Revelation for yourself. Even then, words can never do justice to paradise. For as Paul wrote, “Eye has not seen, ear has not heard, nor has thought entered the mind of man as to the wonderfulness of what God has created for those who love him” (1 Corinthians 2:9).
At the beginning of Christianity, when all of this first came to be known, Clement of Alexandria, Egypt, wrote of Jesus, “He has turned all our sunsets into sunrise.” And this day may he turn all your fears into faith. 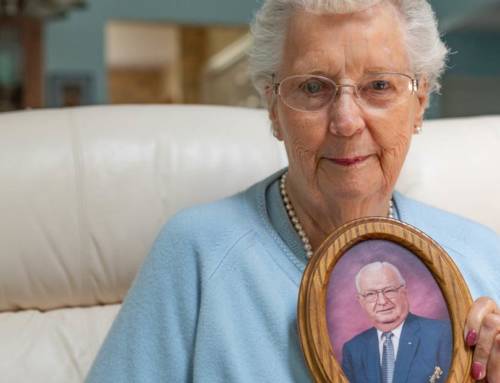 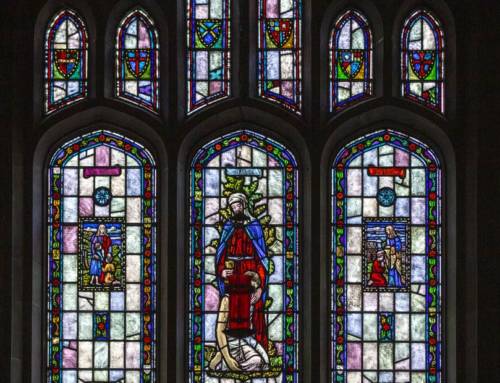 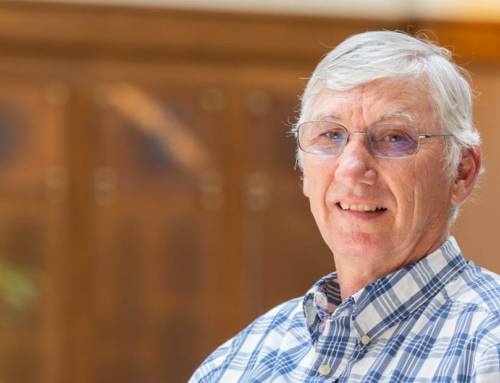 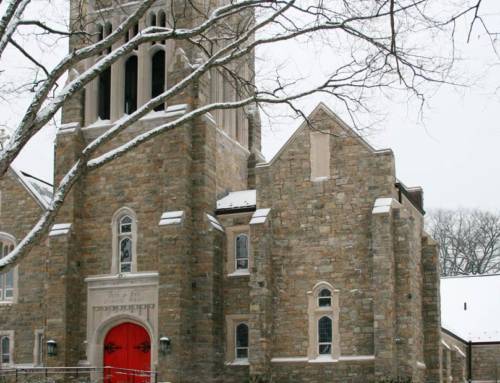 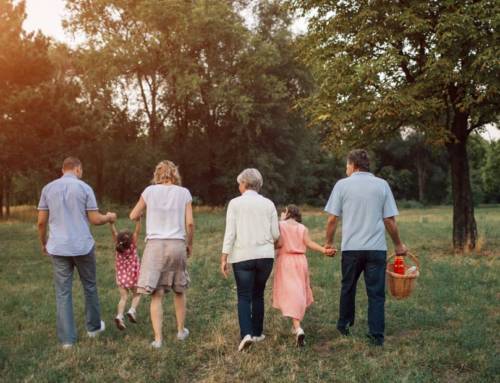